Indonesian cuisine is one of the most vibrant and colourful cuisines in the world, full of intense flavour. It is diverse, in part because Indonesia is composed of approximately 6,000 populated islands of the total 18,000 in the world's largest archipelago, with more than 300 ethnic groups calling Indonesia their home. Many regional cuisines exist, often based upon indigenous culture and foreign influences. Indonesia has around 5,350 traditional recipes, with 30 of them considered the most important.[3] Indonesia cuisine may include rice, noodle and soup dishes in warungs (local modest shops) to street-side snacks and top-dollar plates.

During our Slow Retreats, we like to offer some afternoon included but not mandatory Gili activities. We believe getting to know the locals and there culture is important. At Slow we want to introduce you to the Indonesian locals, they're calm and have a generous heart. ⭐️

The cooking class is next to Gili Air's harbour. There are a variety of menu's you can choose from. 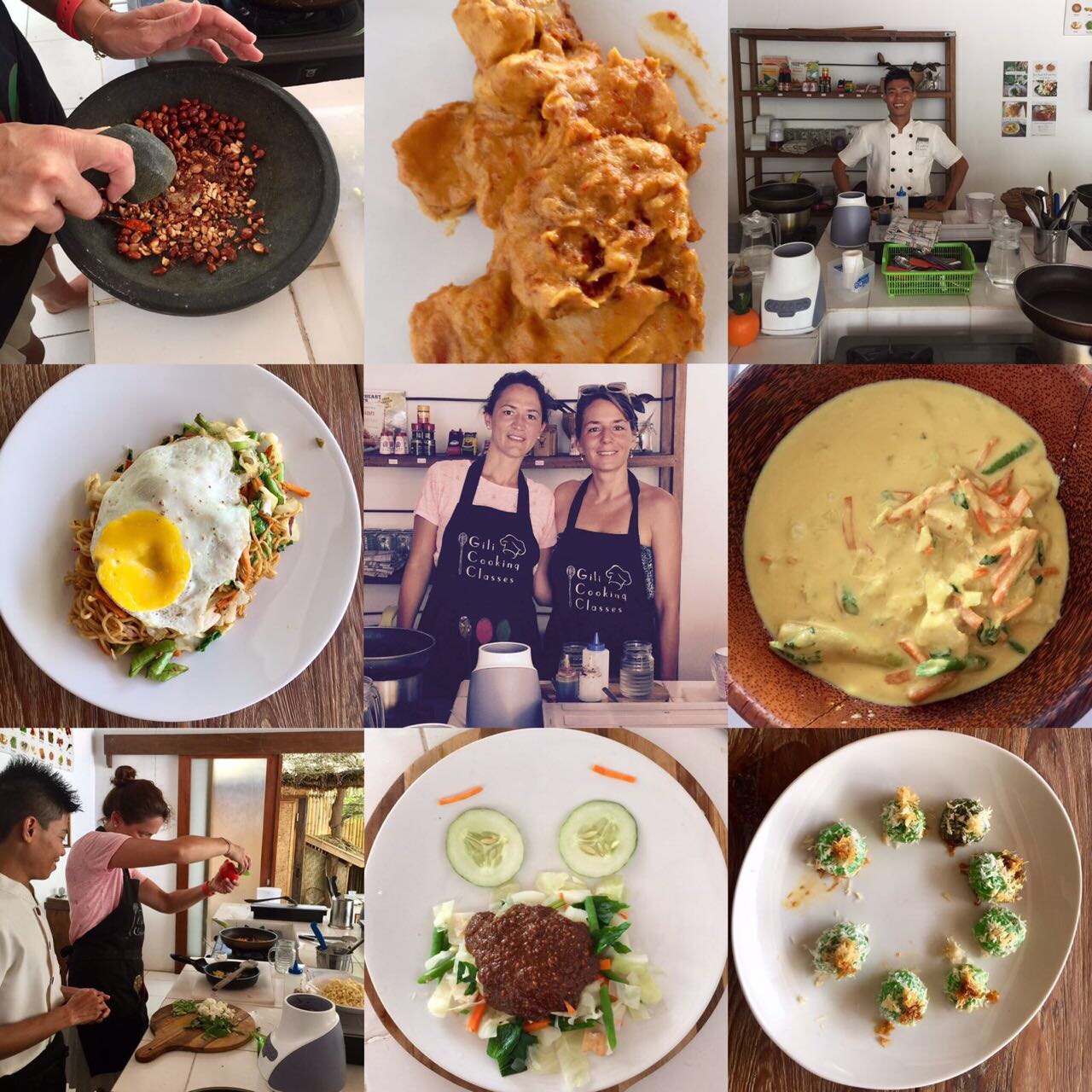